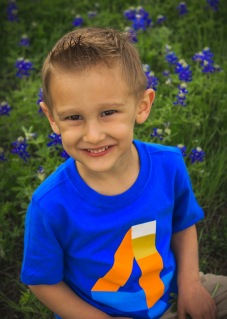 I cannot believe my baby boy is FOUR!!!
We had a great weekend celebrating this big guy with family and friends. We started the morning with pancakes, headed off to church, and then came home for presents. He got his first bike and was PUMPED! It took him NO time to figure out how to go, and I am now running after him on walks. So much for those negative exercise Jeep rides! 😉 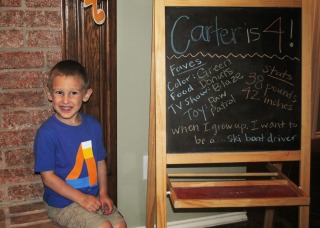 One of his favorite shows right now is Bubble Guppies, and that’s the theme he chose for his birthday party. After throwing out a lengthy list of possible locations for the party (which were all rejected), Carter decided he wanted to have his friends over to our house to celebrate. He’s a total homebody, so this was not super surprising to me now that he’s become so…ahem…opinionated. So, two bounce houses, two bubble machines, and 36 cupcakes later, we had ourselves a Bubble Guppies bash for Cart and 12 of his friends! 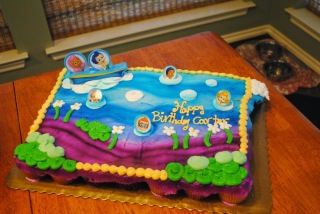 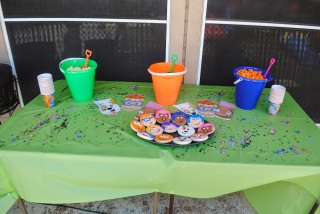 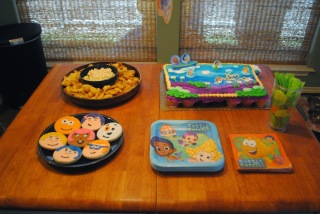 Carter has really come into his own and developed quite a goofy, independent, and protective little personality this year. He is growing and learning every day, and it has been so much fun to watch him blossom from the quiet and shy little three year-old toddler into the fun and playful four year-old. Over the past year, he took swim lessons, attended preschool three days a week, played soccer for the first time, and developed his first real friends. He is changing everyday, and I cannot wait to see what adventures come his way this year. Couldn’t love you more if I tried, buddy! XOXO.